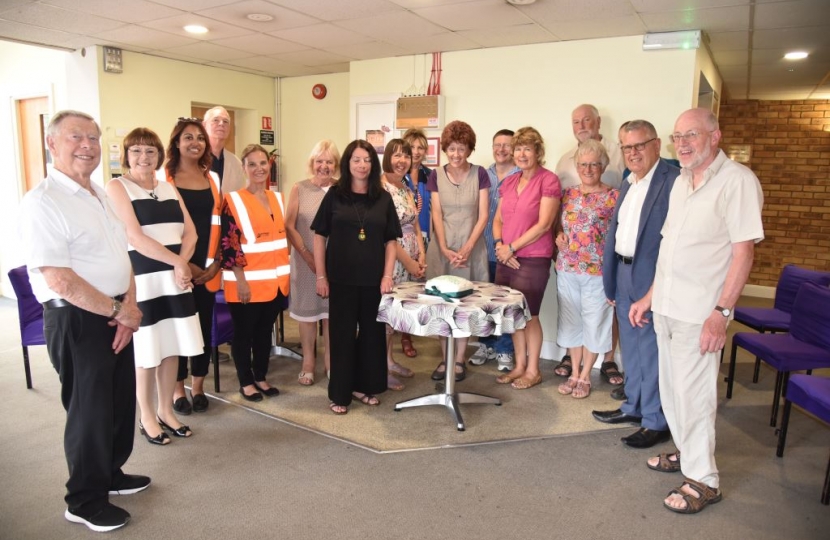 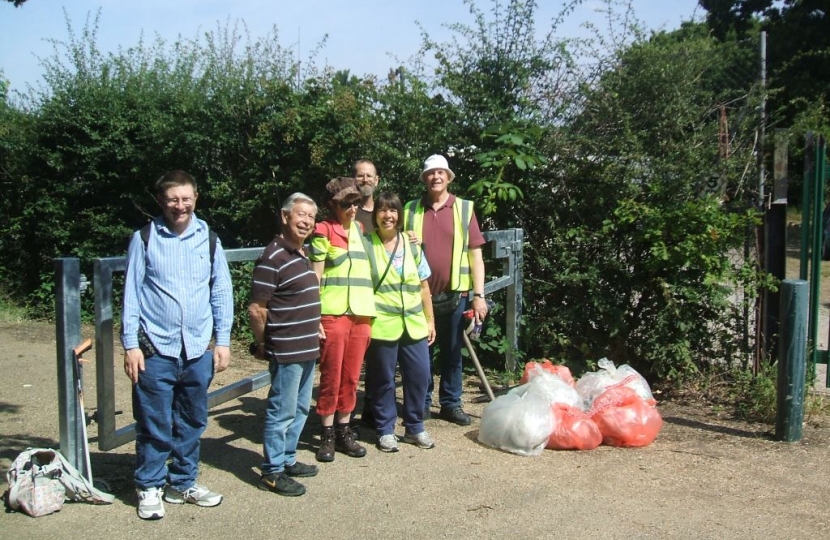 Prittle Brook Community Group have been celebrating their 10th anniversary with a litter picking session at Leigh in the morning and a tea party at the Plaza Centre in Southchurch Road.

Members of the Group welcomed back Sharon Forsdyke, the founder of the Group.  Back in 2009, Sharon and her small team of volunteers started  monthly litter picking sessions along the Leigh stretch of the Prittle Brook Greenway.  When Sharon moved to another area in 2014, she handed over the reins to Cllr Meg Davidson who has been co-ordinating the group ever since.

For the past five years, Prittle Brook Community Group volunteers have been going out twice a month, clearing litter from the Leigh and Prittlewell/Westcliff stretches of the Greenway.  Meg Davidson also organises an Annual Spring Clean event, as part of Keep Britain Tidy’s Great British Spring Clean campaign.

Picture 2 - the team doing what they do best, keeping Prittle Brook clean