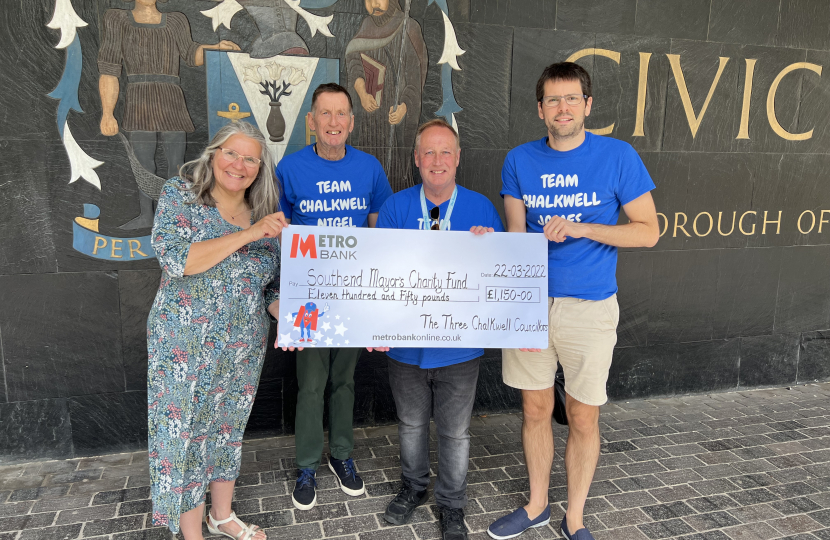 A fantastic amount of £1150 was raised.  This was presented recently to the former Mayor Cllr Margaret Borton for her two charities:

Nigel said "the Chalkwell Councillors are over the moon with the amount raised for these charities and we are now looking for a different challenge, to raise funds for the next Mayor".  If you have any suggestions, please contact one of the councillors.